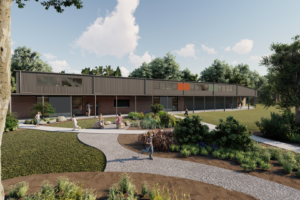 JAWSARCHITECTS have provided ongoing assistance with the master plan design and implementation for Channel Christian School. Located beside the beautiful D’Entrecasteaux Channel in Margate, the school facilitates primary age students from kindergarten to year six.

An exciting stage in the development, a purpose-built gymnasium and music teaching facility (pictured) is soon to begin construction! We are looking forward to this stage of the project getting underway. 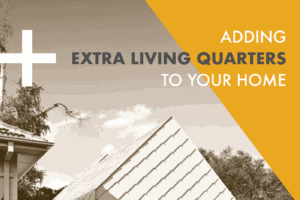 The Department of State Growth is now accepting applications for the Ancillary Dwelling Grants Program.
With extensive experience in the design of modular housing, JAWSARCHITECTS is proud to have helped with creating an information brochure available for public download here. 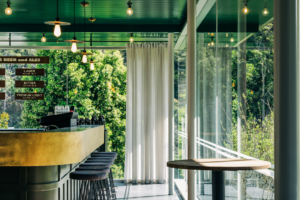 JAWSARCHITECTS Cascade Bar & Restaurant project has been named as a finalist in the 35th Dulux Colour Awards in the commercial interior – public & hospitality category. The awards celebrate projects that have best displayed an innovative use of colour.

Featuring a striking gloss green ceiling, the two-tone colour scheme fosters a deeper connection to the heritage character of the original building and helps to enhance the Cascade brand. 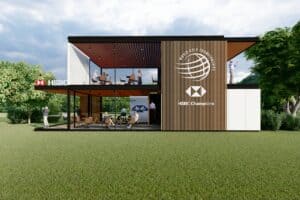 The JAWS design for the HSBC pavilion in China has been selected as the wining proposal for the WGC-HSBC Champions 2021 at Sheshan International Golf Club, Shanghai.

JAWSARCHITECTS have partnered with NaN studio (Shanghai) to deliver the design and construction of the main building “Hex Suite” and a single storey player lounge.

Our design has taken a different approach, with an emphasis on modular construction to minimizing wastage and allow for a high level of quality through offsite manufacture.

JAWSARCHITECTS will complete the design documentation and provide ongoing advice during construction remotely to ensure high-level details will be translated into the final build.

The next phase of design is commencing in early May. 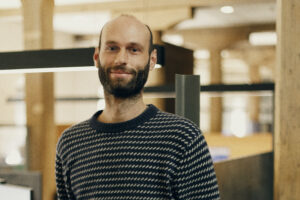 We are pleased to introduce Tom and Amy, our two newest members of the JAWS team.

Thomas (Tom) Novakovic joins us from Sydney after a brief stint in the balmy climes of the Northern Territory, bringing a wide range of experience in both domestic and commercial fields.

Amy Boadle is a recent Interior Design graduate from The Foundry Creative School based in Hobart, bringing her enthusiasm for creating exciting living and working environments to the practice. A JAWS Architects-led team has been awarded the commission to design the new Brighton High School by the Department of Education.

JAWS have partnered with HBV Architects and our education specialists K2LD to help deliver this major new school on a greenfield site in the beautiful Jordan River valley.

We are excited by the opportunity to design from first principles the first grade 7-12 school in Tasmania and create a contemporary learning environment which is both highly connected with the Brighton community and grounded in place. 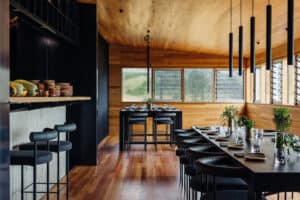 Our Interior Designer Laura has a passion for designing restaurants and bars. We are excited to announce that this month she will be opening Van Bone Restaurant on Friday the 19th as a co-director! The interior design is warm and welcoming, yet intimate and highly experiential. The journey through the building is highly choreographed, a small dark entry foyer building anticipation before opening into the main restaurant space. Communal dining, an open kitchen where everything is cooked on fire and grand sweeping views are an ideal way to enjoy a set menu degustation cooked by her partner, chef Tim Hardy. We are so excited to dine @vanbone_restaurant 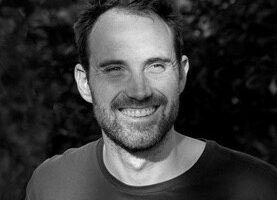 Congratulations to Will Harkness on being elected as a Tasmanian Chapter Councillor of the Australian Institute of Architects.

As a part of the Chapter Council, he will be working alongside the other councillors and AIA staff to guide the Tasmanian Chapter’s policy and program agenda over a two year term. 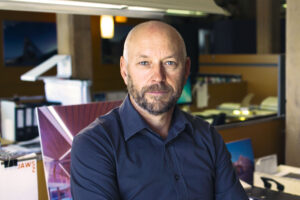 Neal Mackintosh named fellow of the Australian Institute of Architects

Congratulations to our Director Neal Mackintosh, for recently being elevated to a fellow of the Australian Institute of Architects.

“Australian Institute of Architects Fellowships are given to members who have demonstrated a significant contribution to the architecture profession beyond architecture practice.

Neal is an experienced senior practitioner and has been working in both Tasmania and Victoria for the last 30 years. He has practiced with JAWS Architects, where he is now a managing director, after commencing as a graduate. Neal registered as an architect in Tasmania in 1993 and his outstanding design skills have contributed to a number of design awards, both in Tasmania and Victoria. Neal’s broad experience covers residential, commercial, and institutional, and he responds to design issues with creativity and sensitivity to issues of place, producing work that expresses a strong connection between architecture and the landscape.