JAWS Architectswas engaged by Sultan Holdings to design a new hotel containing 80 guest rooms on the site of the former Agricultural Bank in Collins Street, near the Hobart Waterfront.

The existing building has been retained to maintain the alignment with the street grid and form a two-storey podium. A contemporary 10 storey tower rises above this element to create a dramatic juxtaposition of old and new.

The design of the building complements and reflects the physical location of the building between the River Derwent and Mount Wellington, the two principal landscape elements which define Hobart’s sense of place.

The two interlocking elliptical towers are skewed off axis to offer views of both natural features, the two principal façades articulated to express their differing orientation. The twin-tower strategy also reduces the mass of the building, with one section deliberately taller to present the structure as two slender elements. 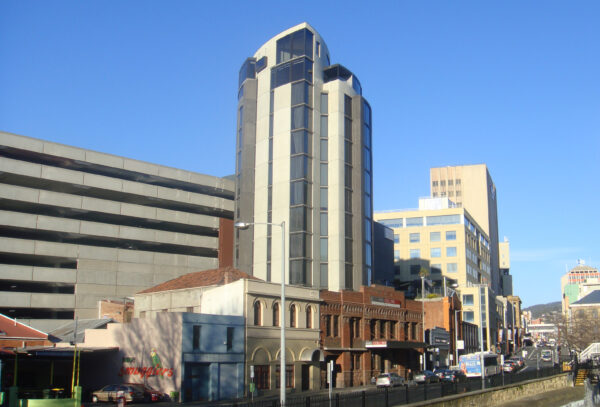 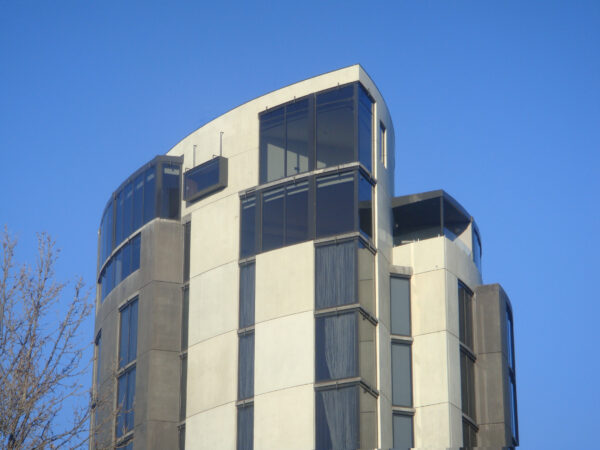