At the end of 2003 JAWS Architects in collaboration with Glenn Murcutt Architect began the design of a house on the North East Coast of Tasmania for Sydney clients planning to eventually retire to Tasmania.

Following a visit to understand the breathtaking position and views of the site and its environment, Glenn’s initial concept sketches began to be refined over several years, the pace being dictated by many overseas commitments.

The minimalism that is such a strong stylistic element of Murcutt’s work is based on rational observation of natural forces and weather patterns and these rather than vernacular examples have guided the solutions to sun shading and roofwater collection for example.

The  obvious temptation to focus orientation of the house eastward toward the panoramic outlook over the Tasman Sea was avoided, instead the living room kitchen opens over a deck toward the north and the infinite view of a distant promontory. A splayed side wall protects the deck from sea breezes and further defines the focus.

The three sloping segments of the roof combine to provide an elegantly simple means of directing rainwater to two tanks without downpipes or complex gutters.

This house draws on many of Glenn’s previous meticulously resolved detail solutions including the sloping glass windows in the kitchen and garage and the fully opening external windows with sliding timber batten sun shades incorporating bronze insect mesh.

The stainless steel topped kitchen bench cupboards are a refinement of his then recently renovated Mosman home, and the built-in wood fire detail very similar to those  used in other Murcutt houses in temperate climates.

Prior to destructive bushfires in 2006 the site had previously been dominated by dense thickets of native Kunzea bush. The ground has been kept clear since and the house is consequently more exposed than originally conceived. Nevertheless it still sits in submission, not domination of the land.

JAWS Architects have been proud to assist with the design development, construction documentation and occasional advice during construction which has allowed this Glenn Murcutt house to be built in Tasmania. 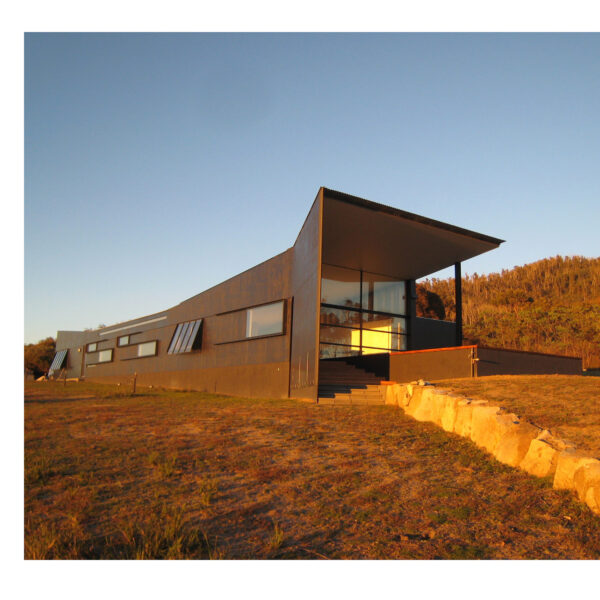 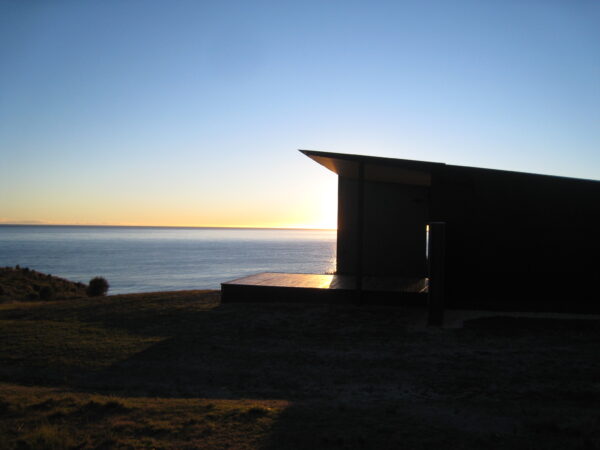